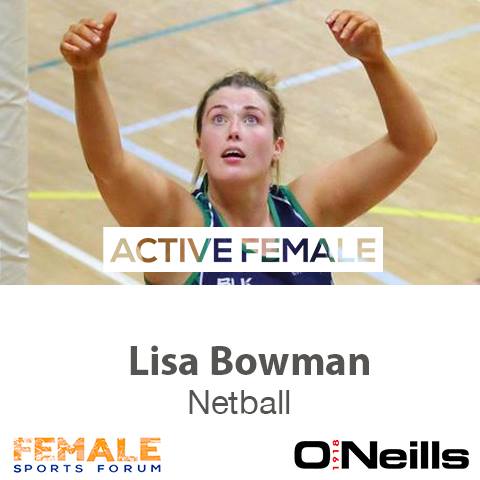 Lisa Bowman won overall Player of the Tournament as Northern Ireland’s netballers finished second at the European Championships in Cardiff. Scoring 39 goals in the 47-46 win against hosts Wales (ranked seventh in the world) including the winner in last 20 seconds. Scored 39 goals in the 46-45 win against Scotland which clinched silver, including the winner in last 10 seconds. Has shone in NI Premier League champions Larkfield’s flying start to the new season.

A great resource if you need any advice! https://t.co/RFreSLUDpL...

The BBC have made a list of some incredible female sporting role models. Check them out at the link below and you c… https://t.co/w1jKXRcMqa...

RT @WISPANI1: Day 5 #MentalHealthAwarenessWeek Resources to help your mental health💚⁣ These are crazy times we are living in and it is tota…...

Fantastic idea! This will be something to look forward to! https://t.co/hRqaFzP5eM...

Unfortunately we have had to postpone our Come and Try Event at Botanic Gardens. We hope to run this event... Read More