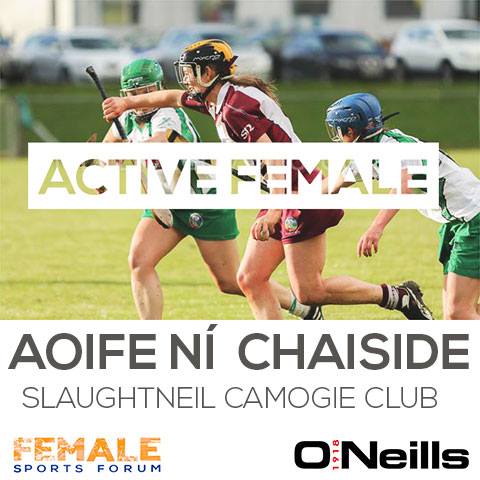 Aoife Ni Chaiside was a force in the half-back line for Slaughtneil throughout their successful provincial run playing her part to make history for Slaughtneil as they went on to win Ulster titles in all three codes. In January she captained the Derry side in the All-Ireland semi final against Burgess-Duharra, winning 3-08 to 3-06 and securing their first ever All-Ireland Final appearance.
Aoife was also awarded AIB Ulster Camogie Player of the year on Monday 30th January at Croke Park.

A great resource if you need any advice! https://t.co/RFreSLUDpL...

The BBC have made a list of some incredible female sporting role models. Check them out at the link below and you c… https://t.co/w1jKXRcMqa...

RT @WISPANI1: Day 5 #MentalHealthAwarenessWeek Resources to help your mental health💚⁣ These are crazy times we are living in and it is tota…...

Fantastic idea! This will be something to look forward to! https://t.co/hRqaFzP5eM...

Unfortunately we have had to postpone our Come and Try Event at Botanic Gardens. We hope to run this event... Read More